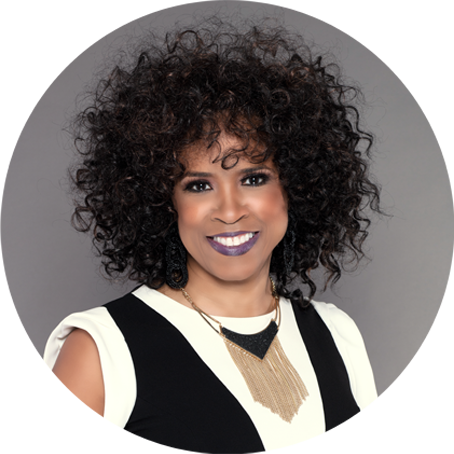 Long before the #MeToo movement became a daily part of our cultural conversation, Taffi Dollar was one of America’s most passionate advocates for today’s prominent lightning rod issues, including gender equality, female unity, alleviating social stigmas, and the overall empowerment of women everywhere. By blending timeless values, fresh perspectives, and a tireless, hands-on work ethic she helps millions create and cultivate healthy, loving relationships in all areas of their lives. Taffi is globally-renown as a successful entrepreneur, business and spiritual leader, best-selling author, teacher, and motivational speaker and has been a dynamic force for change and transformation.

One of the keys to Taffi’s enduring influence is her ability to temper her deeply-lived wisdom and expertise with grace and humility. Her willingness to humble herself, learn, and open her eyes to radical new ways of thinking has led her to a dynamic new plateau as a teacher and author these past few years. Invited to speak at an annual women’s conference at Rhema Bible Church in Randberg, Johannesburg, South Africa, she found herself on a panel discussing hot-button issues like sexism, gender inequality, unequal pay, marital rape, and other moral crimes intrinsic to that nation that denigrated, oppressed, and de-valued women.

Taffi realized that, though perhaps not as systemically and blatantly as in a nation still emerging from decades of apartheid, many of these problems exist in America, too. Conversations she had with her fellow panelists and others in attendance, followed by visits to shelters in Johannesburg for victims of domestic violence, brought Taffi to a harsh revelation. Among the faithful, one of the greatest factors contributing to these abusive situations was a traditional, outdated, patriarchal, and male-dominated interpretation of Scripture.

Moved to immerse in the Bible she had embraced and taught from for decades, Taffi—whose previous works include 21 Days To Your Spiritual Makeover and Embracing the Love God Wants You To Have: A Life of Peace, Joy and Victory—wrote Gender Roles, a watershed book that is now foundational in her teaching and motivational speaking. Capturing the essence of the 2017 volume, she says, “I’m basically sharing my new understanding about how God views gender equality. In essence, your gender should not dictate what your role in society or the home should be. Instead, your individual gifts should determine that. I want to help women come out of the damaging thinking from a traditional standpoint that keeps them subservient in domestic and workplace situations, and introduce contemporary, progressive interpretations, still faithful to God’s Word, that helps them discover what those talents and giftings are, and how to use them effectively.”

Taffi’s equally mind-blowing return to the conference a year later, which included forty hours of enlightened teaching by spiritual leaders on how they deal with equality from their cultural perspective, sparked an even deeper introspective journey into the heart of Scripture. She calls her latest masterwork, The Grace of Mutual Submission, “my tell-all, going into detail about the issues I heard discussed at the second conference, and how confronting those led me to new conclusions about the meaning of submission and how God wants us to live and relate to each other. If men and women can see each other as equals, we will have the most beneficial outcome in every area of our lives. Without this kind of understanding, we limit ourselves and the potentiality of every relationship.”

She introduces the reader to important concepts like “biblical equality,” the understanding of male and female as equal in creation, value, and dominion as instituted in God’s original and perfect design for humanity. Her interpretation of biblical equality informs her discussion of other important concepts such as “egalitarianism,” the interpretation of gender roles based on biblical equality, and “complementarianism,” a contrasting position that seeks to affirm the equality of men and women in dignity, in value, and as God’s image, but believes there are differences in the divinely-assigned roles according to gender. Taffi’s newest book also discusses how both egalitarianism and complementarianism apply to the concept of “headship.” Her narrative takes the reader into newly unveiled and enlightened understandings of timeless stories with powerful and empowered female characters that reveal God’s true intention for women. Everything leads to a remarkable new opportunity of “Seeking Renewal and Moving Forward in Grace.”

Many people have heard the impactful phrases “Radical Women” and “Prestige” associated with Taffi, but few are aware of the deeper levels of commitment that drive these programs, or the intense hands-on work she does on their behalf. With a Bachelor’s Degree in Mental Health and Human Services, Taffi has long had a heart for restoring family relationships and providing inspiration. She founded the non-profit organizations, Radical Women’s Ministry, to promote unity and sisterhood, and Prestige Ministry, an outreach created to reach women involved in the adult entertainment and sex trade industries.

With Radical Women’s, she frequently hosts prayer and Bible study meetings, retreats, workshops and other events designed to empower women. “As a group of women, we are out of the box in our thinking on spiritual and human matters, and our approach to the Christian life,” Taffi says. “We deal with support groups for sexual assault victims, businesses, leadership, and racial reconciliations.” Launched eleven years ago, Prestige was created to reach out to women involved in the adult entertainment and sex trade industries. Every month, Taffi and up to fifty volunteers visit about twenty adult entertainment clubs, engaging the women, building rapport, and counseling them about changing the mindset which led them to think that was their best alternative. Taffi and her crew have transformed the lives of hundreds of women, helping them get off drugs, alleviate their guilt, build self-esteem and, in some cases, even get their families back and start businesses.

Taffi has also served, since the early 2000s, as CEO of Arrow Global Entertainment, a cutting-edge, faith-based entertainment company that consists of Arrow Records, Arrow Soul, Arrow Studio, and Arrow Entertainment. Artists signed over the years to Arrow Global Entertainment include Dria, Ann Nesby, Kim Burrell, Jeff Sparks, Shonlock, and most recently, singer, rapper, songwriter, and producer Canton Jones, whose recording, Greatness, is a 2018 Stellar Award winner for Rap Hip Hop Gospel CD of the Year. Over the years, the label has produced numerous live concerts and festivals, and conducted music-related panel discussions. In addition to music, the parent company is focused on developing plays and films, including documentaries that address such issues as racial equality.

“For me, this incredible journey has been about living a life that’s full, impactful, touches people, and demonstrates that God is real,” Taffi says. “I didn’t grow up in church, and it felt like there was always this void until I received new life. It has been the answer to my lifelong search for purpose. I want to help people understand that God is good and always wants a relationship with us. We simply have to ask ourselves, do we want one with Him, and what type. Years ago, Creflo and I simply wanted to start a family and teach at a small church while pursuing our outside careers. All that’s happened since is truly amazing, and I am thankful to be able to do what we do and be able to reach so many people and truly touch their lives.”