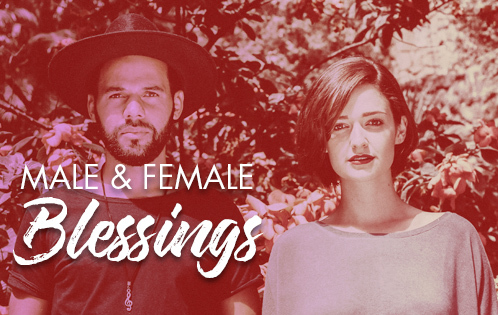 There’s an erroneous interpretation of Scripture that’s led to a traditional mindset that females don’t operate in the blessing. From the foundations of the world, God established His blessing upon humankind, His plan to prosper both male and female. We must get rid of traditional mindsets that cause the spirit of inferiority and understand that there is a blessing available today for each of us. From the beginning, God did not create domination to be of men over women or women over men. God blessed both males and females so that they could begin to see themselves in light of the image and the likeness of their Father. When God said, “Let us make man,” He meant humanity. He referred to male and female. God’s plan was to bless and empower humanity to exercise dominion over the earth, not over one another.

There were five blessings that God released over humankind, both male and female: to be fruitful, to multiply, to replenish the earth, to subdue the earth, and to have dominion. Five is the number of grace and guess what? God released blessings upon humankind. That includes you, whether you are a male or female. When God’s blessing gets on your life, there is nothing that should be able to prevent you from moving forward, having progress, having success, being productive, bearing fruit, having good works, or getting the results that the Word of God says that you should have.

Again, I want you to understand that God created humankind together, both male and female, in His image and after His likeness. You’re part of humankind and made in the image and likeness of God. A rhinoceros, a buffalo, or a kangaroo have no resemblance, similarity, or likeness to God because they are in the animal class and not God’s beloved humankind. God created woman and man together and gave them both a divine mandate to exercise dominion over creation, not over one another. Adam and Eve were to operate and exercise in the earth together, to subdue and replenish it together. God’s intended plan for humankind was interrupted by the entrance of sin. However, Jesus made it possible for sin not to have dominion over us. Thank God! We can now enter into God’s grace and walk in victory through the Spirit of God and the relationship that we have with the Holy Spirit.

Because of Christ, we can all, both male and female, walk in victory over negative emotions, mindsets, or erroneous interpretations that have been passed down from generation to generation. You can renew your mind and see yourself in the image of God, in the likeness of God, and the class of God, knowing that you were created and purposed to be equal to your brother or sister. You are the apple of God’s eye, and it is His pleasure to see you operating in the five original blessings; being fruitful, multiplying, replenishing the earth, subduing it, and having dominion over it. Again, it was never God’s intention for any of us to have dominion over each other. Know today that God has blessed you, whether male or female, and has equipped you to be in His image and likeness, to be victorious over sin, inferiority, and superiority. You can exercise dominion over erroneous thinking and negative mindsets, and live a fruitful life of God’s blessings.